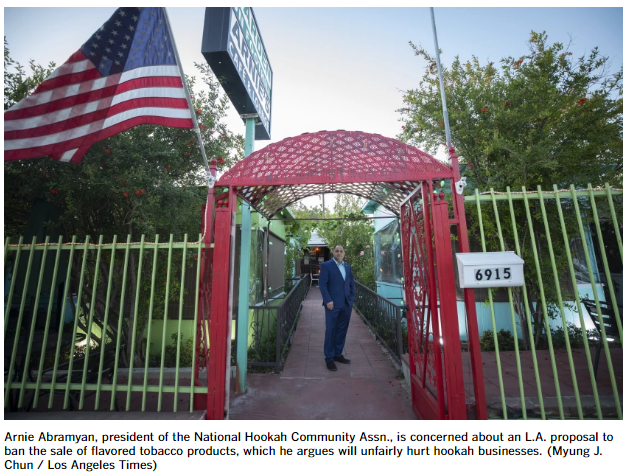 In front of the pale tower of Los Angeles City Hall, Janet Azhand delivered an impassioned speech in Farsi, surrounded by hookah sellers bearing signs that urged officials to “Save Hookah” and “Preserve Our Culture.”

“Hookah is not vape,” Azhand, who works for a hookah lounge, later told a reporter in English. “They don’t understand.”

In Los Angeles, the push to rid store shelves of tobacco products infused with sweet, minty or fruity flavors has run into opposition from hookah sellers, who argue it could destroy a cherished tradition among Armenians, Arabs and other communities in which hookah has been a centerpiece of gatherings and celebrations.

Under the proposal, L.A. could ban businesses from selling many flavored tobacco products, a move meant to stop teens from getting hooked on nicotine. A coalition of youth and public health advocates backing the ban argues that flavored products have lured more teens to use tobacco, including by vaping with electronic cigarettes.

Fruity, sweet and smooth flavors are “the new and attractive delivery system to get kids hooked to nicotine,” Councilman Mitch O’Farrell said at a city hearing a year and a half ago. “And that is evil. There’s no question about it.”

The last time the issue was heard at City Hall over a year ago, council members suggested allowing some sales of flavored tobacco for consumption on site at lounges, but hookah sellers say the plan is still too restrictive and would not allow lounges to be passed down to future generations. Nor would it allow people to buy hookah tobacco to smoke at home.

For Muslims who don’t drink for religious reasons, “they can’t go to a bar to socialize,” said Hrant Vartzbedian, executive director of the National Hookah Community Assn. Vartzbedian said “the hookah lounge is a safe place for them” — a place where new immigrants go to make friends, find work, maybe even meet a future spouse.

At the last hearing, council members also suggested exempting some menthol cigarettes amid concerns about unfairly affecting Black consumers, who are disproportionately likely to smoke products flavored with the minty compound.

As hookah sellers gathered outside City Hall on Tuesday morning, groups opposed to banning menthol cigarettes rallied nearby, holding up signs that read “Exempt One Exempt All” and “Hookah is Cultural … Menthol is Not?” Pastor William Smart Jr., president and CEO of the Southern Christian Leadership Conference of Southern California, argued it was unfair to ban menthols favored by Black smokers while allowing other cigarettes to continue to be sold.

“The ban on menthol is singling out people of color,” argued Olivia Barbour, a 71-year-old resident of the Westmont neighborhood. “If they’re so concerned about our health, ban it all” — all kinds of tobacco, she said.

Backers of the proposed ban, including the advocacy arm of the American Cancer Society, have argued against any exemptions for menthol or hookah tobacco, insisting that an across-the-board ban on flavored tobacco is needed to thwart youth addiction.

“Candy-, fruit- and mint-flavored products are enticing kids into a potential lifetime of addiction to tobacco,” said Primo J. Castro, an L.A.-area spokesman for the American Cancer Society Cancer Action Network. “We need bold action to address this epidemic. We need to rid store shelves of flavored tobacco — and that includes all flavors and all products.”

Although some community groups have opposed efforts to ban menthol as discriminatory, others argue that the real problem is the tobacco industry preying on Black consumers. Pastor John Cager of Ward A.M.E. Church said supposed concerns about equity were “a straw man argument” that “Big Tobacco wants to use to distract.”

There’s “the idea that somehow it is racist to target a product that has killed Black people,” said Akili, a longtime activist who goes by one name, who works as project coordinator with Corporate Accountability. “This is not about singling out Black smokers. This is about an industry that has targeted Black smokers … and it has had devastating results.”

Scores of California cities and counties have passed restrictions on selling flavored tobacco, including San Francisco, West Hollywood and Long Beach. The decision to draft such a law in Los Angeles, scheduled to head to the City Council on Wednesday, comes as a California law targeting such products has been put on hold, with a state referendum backed by the tobacco industry now headed for the ballot.

Hookah businesses have argued that the L.A. law should mirror the California bill passed last year, which allows the sale of “flavored shisha tobacco products” from retailers who adhere to state laws.

A hookah is “3 feet all. They’re very hard to conceal. You don’t see hookahs being confiscated in schools,” said Rima Khoury, general counsel for the hookah tobacco manufacturer Fumari. “It’s hard to understand how a cultural tradition can be erased in the name of saving the children when it’s not even an issue with youth usage.”

Afif El-Hasan, a national spokesman for the American Lung Assn., countered that a hookah session can result in much heavier exposure to nicotine than lighting up a cigarette and poses the same risk of appealing to kids with sweet flavors. One study found that among college students who had ever used nicotine products, roughly a quarter started with hookah. And teens have reported that they like using hookah because it comes in flavors they like, another study found.

“Kids aren’t going to sneak the hookah into the bathroom” at school, he said, “but the reality is, the use of that product contributes to nicotine addiction, which may lead people to get other sources of nicotine between sessions.”

Tobacco companies including Reynolds American, Swedish Match and Altria have spent more than $500,000 on lobbying and related expenditures over the proposed rules since the beginning of 2020, according to city disclosures.

Reynolds spokeswoman Kaelan Hollon said the company is “committed to keeping tobacco products out of the hands of youth,” but argued that flavor bans have “demonstrated unintended consequences.” One statistical analysis found that San Francisco’s flavor ban was associated with an increase in recent cigarette smoking among high schoolers, while teen smoking dropped in school districts without flavor bans during the same period.

Tobacco-Free Kids and the American Cancer Society Cancer Action Network, in turn, have spent more than $300,000 on efforts to advance the proposed ban during that same period, including spending on consulting fees.

Lisa Lu, a national youth ambassador for the Campaign for Tobacco-Free Kids, argued that flavored tobacco had contributed to teen use of tobacco because it is “very attractive to young kids.” In one study, the vast majority of young people who reported ever having used tobacco said they started with something that was flavored.
Menthol has also been tied to greater difficulty with quitting smoking. And young smokers have been more likely than older consumers to use menthol cigarettes, according to one study published in 2016.

L.A. is debating a possible ban as restrictions on flavored tobacco are in flux on the federal and state level. In April, the Food and Drug Administration announced it would move to ban menthol tobacco cigarettes and flavored cigars. California lawmakers voted for a statewide ban targeting many flavored tobacco products last year, but the law signed by Gov. Gavin Newsom was put on hold after a referendum qualified for the November 2022 ballot.

Menthol has also been tied to greater difficulty with quitting smoking. And young smokers have been more likely than older consumers to use menthol cigarettes, according to one study published in 2016.

L.A. is debating a possible ban as restrictions on flavored tobacco are in flux on the federal and state level. In April, the Food and Drug Administration announced it would move to ban menthol tobacco cigarettes and flavored cigars. California lawmakers voted for a statewide ban targeting many flavored tobacco products last year, but the law signed by Gov. Gavin Newsom was put on hold after a referendum qualified for the November 2022 ballot.

“It makes it seem harmless,” Lu said, citing flavors such as cotton candy and slushie. “It kind of de-stigmatizes the usual harms associated with tobacco.” 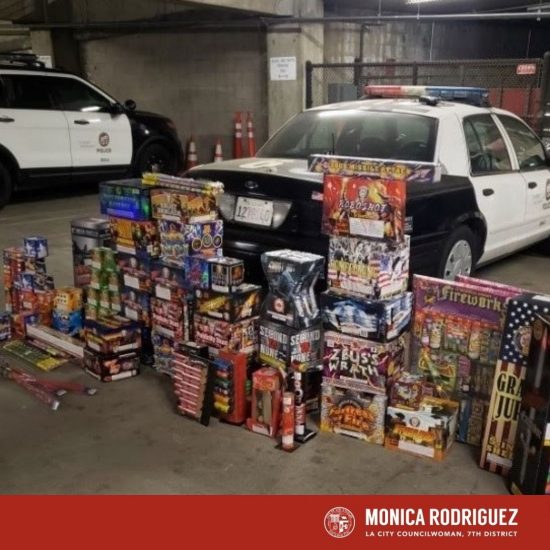 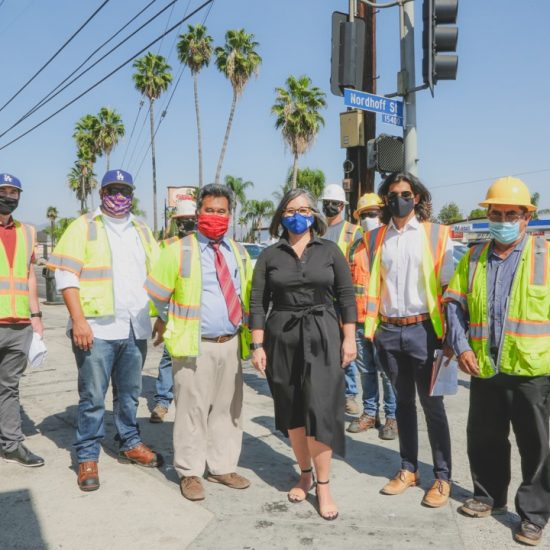 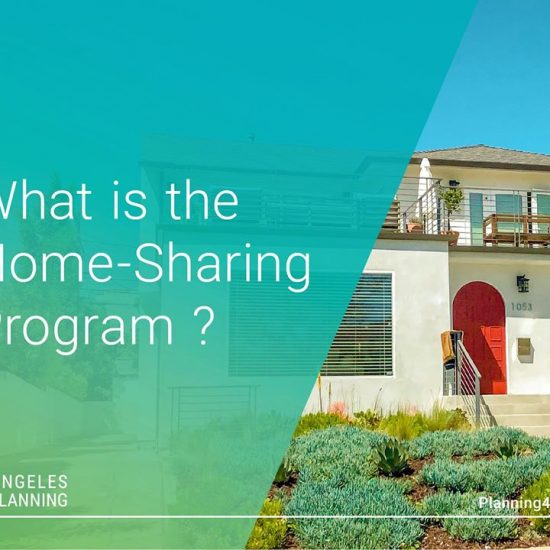 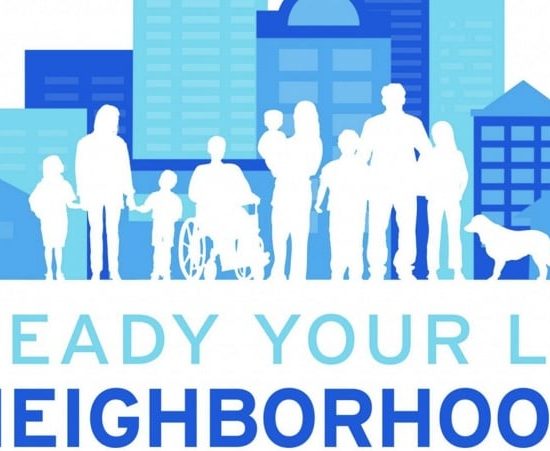 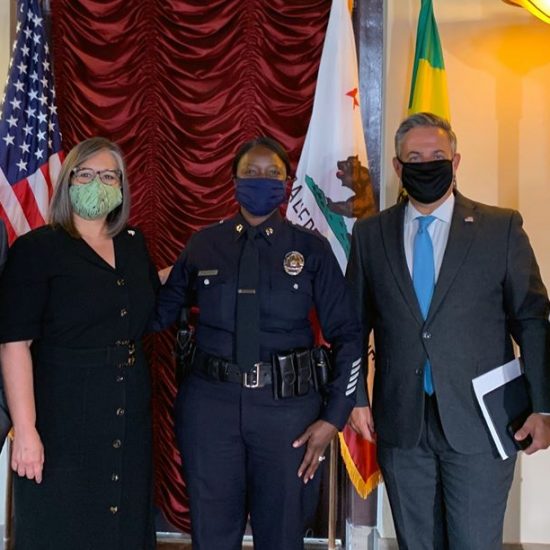