From Councilwoman Monica Rodriguez Desk – Are You Signed up for Our Weekly Newsletter?

NEIGHBORHOOD WATCH MEETING REPORT, 20 OCTOBER 2021
Hello to all who understand and value our LAPD, Sheriff deputies, LA school police, and City Park Rangers!!
►►MEETING NOTES:
► 26 attendees in and out.
► Most local crime is DOWN. There’s one awful exception. And several excellent stats!
► A surprise address and Q&A by Foothill LAPD Captain Johnny Smith!
☼ Foothill has the lowest number of homicides in San Fernando Valley, about half of Devonshire et al. ☼
►►LOCAL crime stats:

► Sunland’s overall crime is DOWN double digits from last year, Senior Lead Officer (SLO) Cesar Contreras reported! That translates to 35 fewer Sunland crimes. However, a month ago levels rose, so it’s only 7.5% down. COVID-19 probably decreased some crime, as people were at home who would normally have been at work or school.
The highest and most regrettable increase for the month was a 400% jump in sexual assaults; they rose from just 1 up to 5. Time for extra alertness!

► Tujunga SLO Gloria Caloca related that Tujunga crime was down 17%. All types of crime are well down, but burglaries from vehicle are only down 5%. (Hide it. Lock it. Keep it!) She visits Tujunga’s long-term encampments at 6500 Foothill and on Valaho nearly every day on duty. LAPD can cite for actual crimes, but not for camping out or being unsightly. Plan your reports and proof accordingly.
If you know people who “don’t bother” to report crimes, please advise them they falsely suppress our real crime stats. No call to LAPD = no LAPD report = no crime is visible…or reported. “If a tree falls in the woods…”

►►Foothill Station Capt. Johnny Smith arrived at 9:08! He knows and empathizes with us because he grew up in La Crescenta, went to CVHS, is fluently bilingual English-Spanish, and lives nearby! He walked into some pointed questions and issues. His answers reassured us.

Q: Does the City Council vaccination mandate apply to police stations? Can unvaxxed people get service at Foothill?
A: No one will be denied services, but Foothill Station will enforce masks. He and his team concentrate on more serious crimes.

Q: Will you enforce any mandates against the public just because they’re unvaccinated?
A: We won’t deal with trespassing issues of this nature because more serious crimes must occupy our officers’ time and resources.

Capt. Smith continued…
► Other COVID-19 updates: Foothill has lost one officer to a COVID-19 death.
Citywide, 3,183 LAPD have recovered from COVID-19, so have natural immunities. About 2/3 of sworn officers have been vaccinated. 2,000 have filed religious exemption and he will work to honor those and medical exemptions. He will follow new rules and work to keep all possible officers on duty.

►Foothill officers’ arrests have taken 320 handguns off the street this year!
Foothill Div. took more guns off the street than last year, AND more than all the rest of the Valley divisions. Guns are recovered every night. One house yielded 60! Many arrested are youngsters. One 14-year-old had a .45 in his waistband.

Regardless of the carnage his outlook and that weapon were capable of committing, LAPD can’t question minors absent parents. Crims are out of jail sooner and more often than ever before, especially juveniles.
BUT they don’t get their illegal firearms back!

Some 4-hour arrests can be very beneficial! Many are “ghost guns,” meaning they’re bought in pieces and have no serial numbers. They’re purchased 80% complete and require minimal drilling and assembly to home-manufacturer a working firearm.

New policies in law-enforcement: Los Angeles DA is looking for stakeholders as part of a new “COVER” program, to re-envision alternative ways to enforce law. I couldn’t find more info.
LAPD doesn’t invent these policies but must live within and implement them. Law enforcement’s job is to arrest and report accurately, and then DA’s and judges work out punishments. Accordingly, one three-car thief was re-arrested for the same crime—on the same three cars!—while the arresting officer finished paperwork on the first arrest.
A “defendant” is now termed “the accused.” Shall we await the next step in court nomenclature? Will perps soon be addressed as “PNG (probably-not-guilty) Jones”?
►►Capt. Smith repeatedly emphasized that Foothill’s #1 priority is every residents’ public safety. At Police Commission meetings, he hears only anti-police POVs; no supporters attend and speak up.

►News media smear LA Municipal Code 41.18 as “anti-homeless,” but it’s all about sidewalk clearances that allow people to walk, wheelchairs to pass, vehicles to enter driveways, and customers to enter businesses.
Those factors are in the basic 41.18 and are enforceable today, but to get prohibitions on additional sensitive in any community, each Council member must specify every specific location they want 41.18 to apply to! Many locations or a stretch of addresses can be included in one motion.
We have fewer tents and more RVs…sorta. Sanitation has now begun taking some things, but LAPD cannot impound any vehicle housing people except when it’s a hazard. Homeless have been given exemptions from tickets.
SOME RV residents move when asked, some don’t. But anti-law-enforcement people and law firms watch and video LAPD interactions, ogling for an oversight, so they can sue.

► LAPD/Schools Involvement!
Our SLOs and their Sgt. Ojeda met with principals of local schools. Before that, only residents had reported school zone traffic problems. Principals added their voices, saying that some parents have become antagonistic when principals tried to enforce courtesy during pick-up and drop-off. Surveillance at school intersections will increase.

► Homeless Patrick was discussed, but has since come and gone, moved around, resettled, rearranged and rebranded, so there’s no point covering his migrations. When released from the hospital (reportedly a drug overdose), he was given free motel housing in Sylmar. He left next morning to return to his position of greater popularity at Vons. Some people offered to retrieve his junk from “police storage” (no such thing) and return it to him at Vons so he could again pile it up around him.

► Street vendors seem benign, but some of them parasite on public and private parking, dumpsters, and cleaning services. They garbage up our streets, block traffic, and trespass.
It’s a very touchy issue. LA County Health formerly contacted and enforced laws on street vendors. Now only LA Street Services may do “education and outreach” only. During meetings with such vendors, Street Services sometimes requests an on-site LAPD officer.
Some unlicensed vendors have received $5,000 in grants. LAPD can only do something about vendors who break laws…that haven’t been repealed.

► Officer Caloca reported that, contrary to reports, there are no children in the RVs on Valaho. Some are empty during the day, as one RV is deserted and one resident has a job. Occasionally, an RV resident cooperatively relocates, but they just move from place to place. Reportedly, new “No Overnight Parking” signs are coming.

► BECAUSE LAUSD Police have been hugely DE-funded, LAPD must pick up the slack, thus diluting LAPD street coverage. LAPD is in a similar situation with LA City Park Rangers, who aren’t allowed to carry firearms on duty.
City Council passed a measure nearly two years ago allowing Rangers to carry, but Park Ranger Sean Kleckner has advised STNC that the motion remains buried in a committee run by Councilwoman Monica Rodríguez.

► Capt. Smith concluded by emphasizing that all of us can help them with “the little victories,” which compound and add up to big gains. Your vigilance and calls to LAPD have helped Foothill Station—and our communities—reduce crime stats! 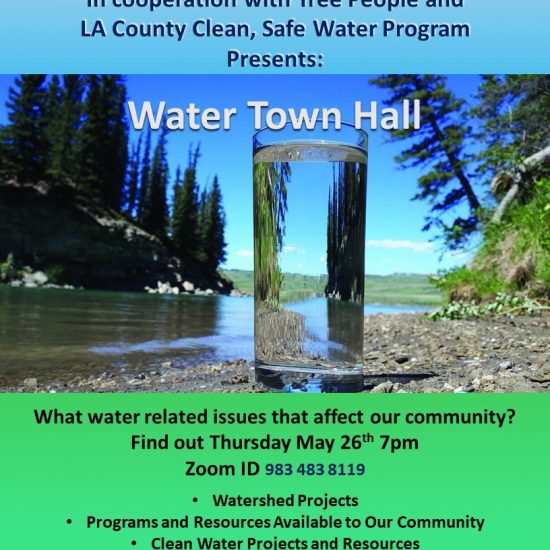 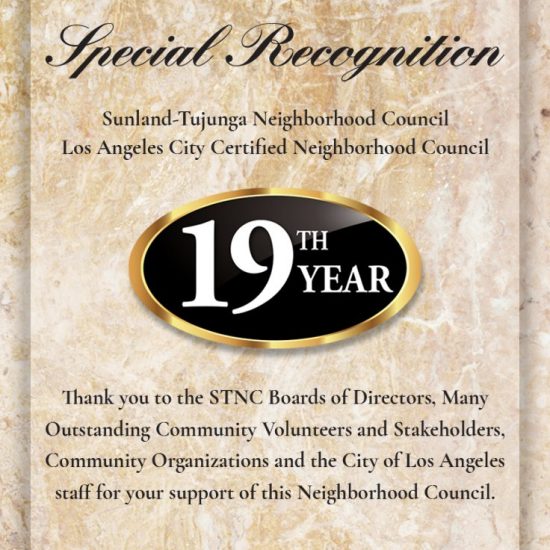 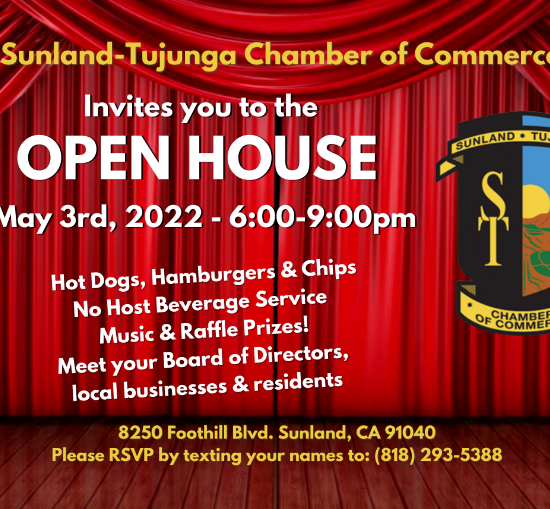 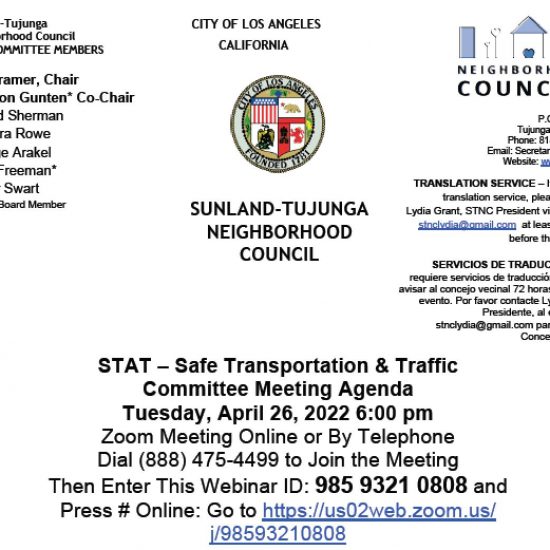 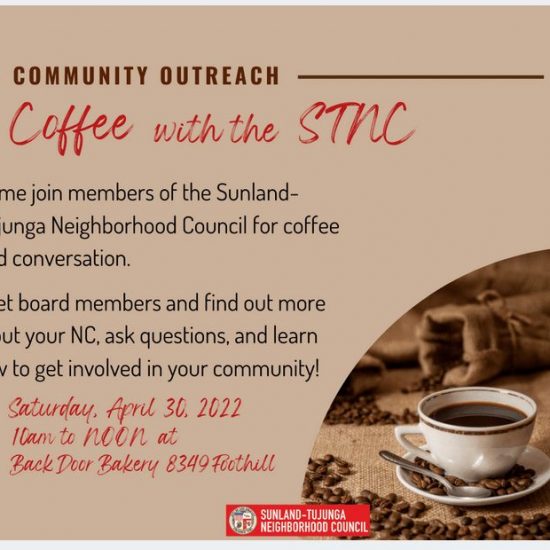 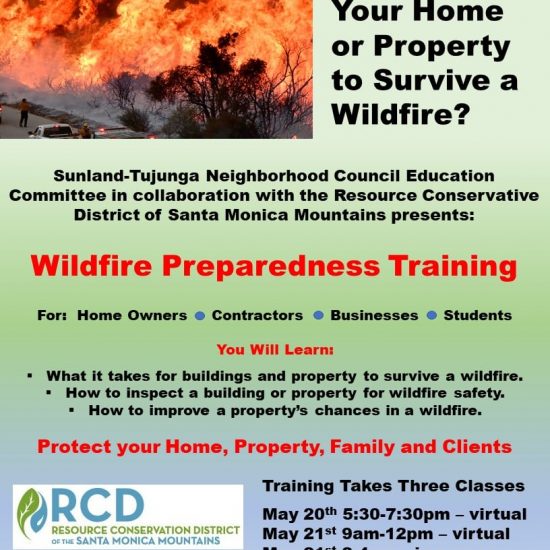