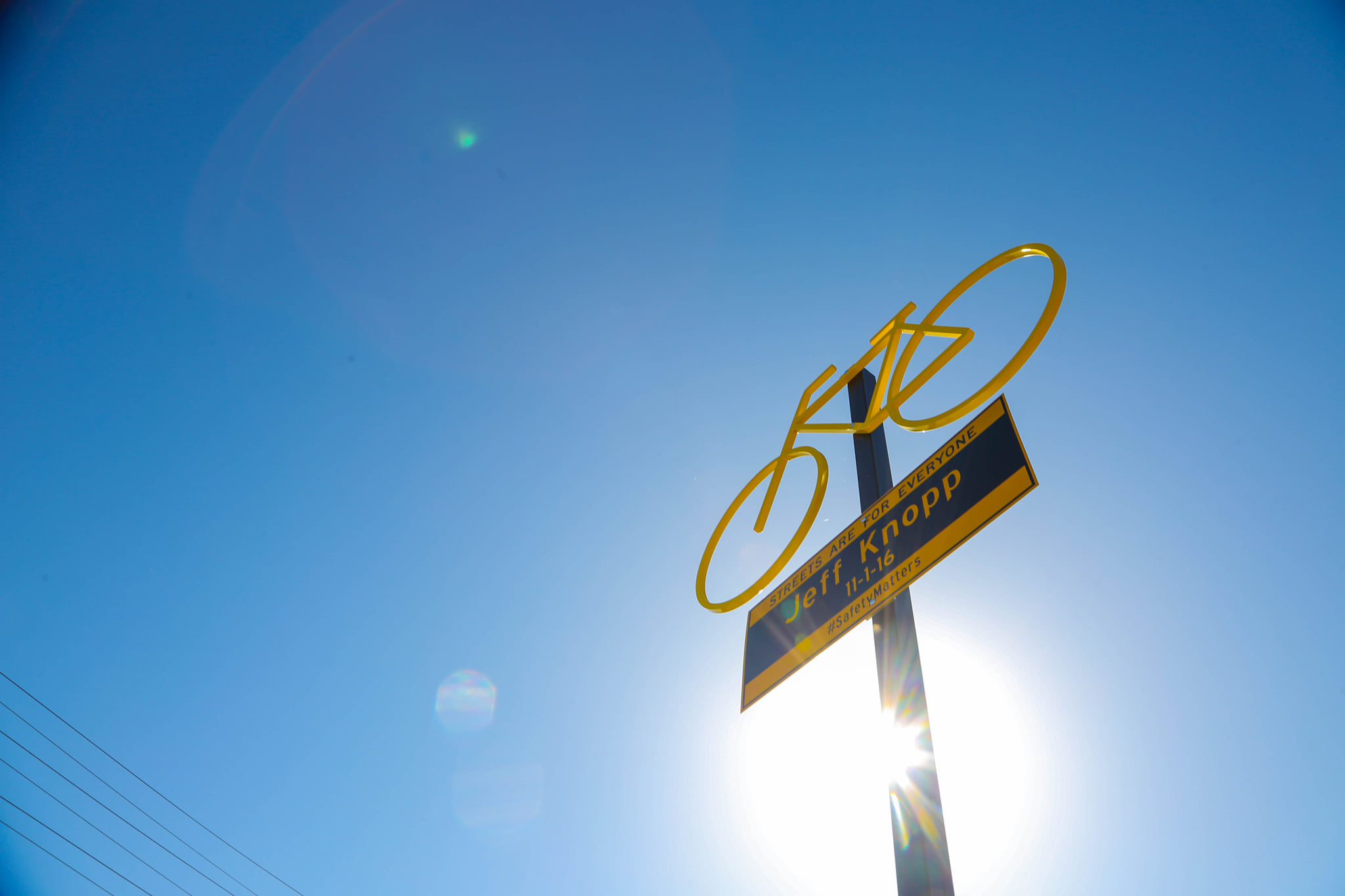 In November 2016, Sunland resident Jeff Knopp was struck by a vehicle and killed while riding his bicycle on Foothill Blvd. Three months later, a pedestrian was struck and killed on this same stretch of road. LADOT Official implemented safety measures including a protected bike lane that have resulted in a 100% reduction in fatal collisions and a 63% reduction in collisions ending in serious injury.

In Jeff’s memory, a Yellow Bike Memorial was unveiled near the intersection of Foothill Blvd. and Riderwood Drive. Thank you to Jennifer Knopp, Streets Are For Everyone – SAFE, and La Tuna Canyon artist Scott Froschauer for working with the LA Office of Community Beautification on the Adopt-A-Median project to make this memorial possible. 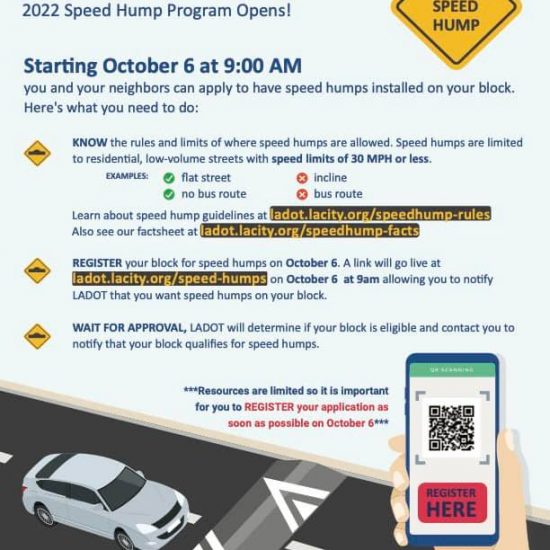 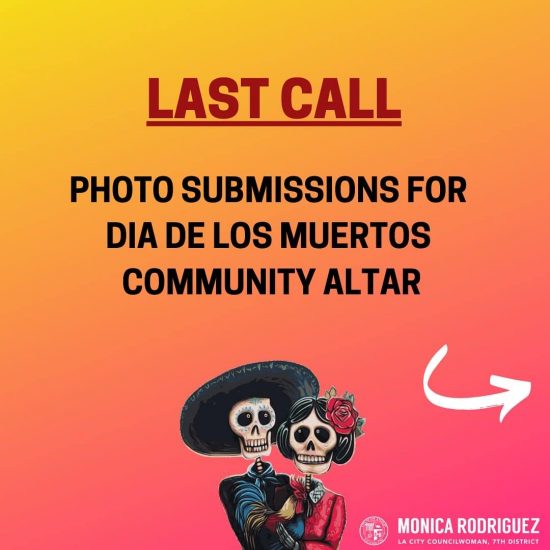 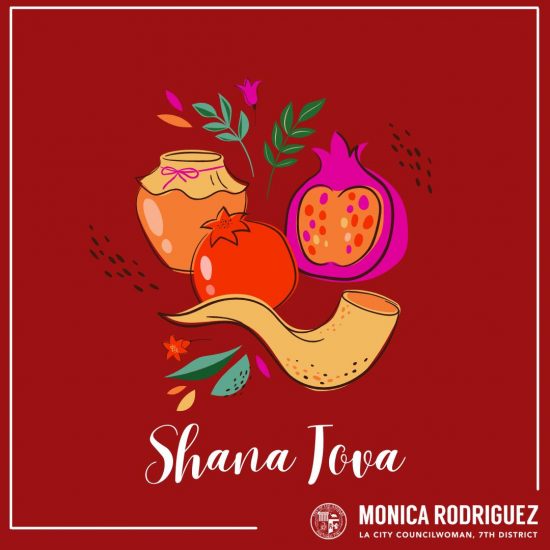 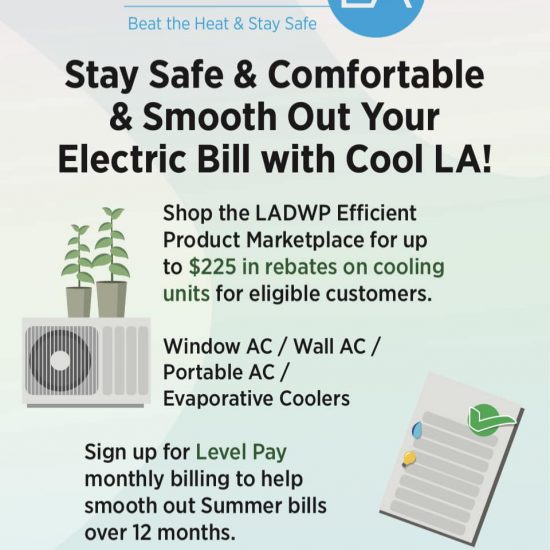 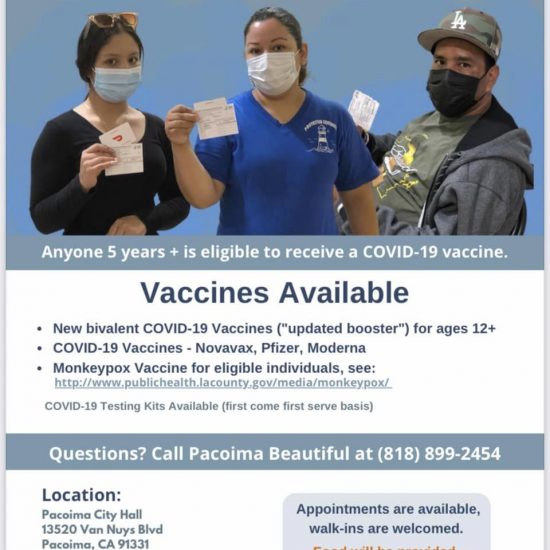 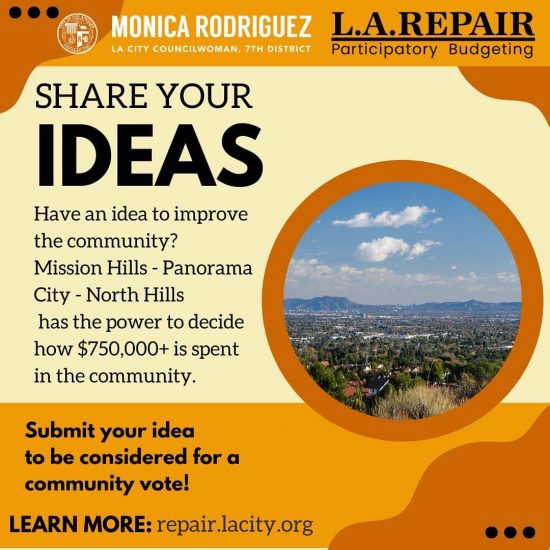 From Councilwoman Monica Rodriguez Desk – Have an Idea to Improve the Community?