Connect with:
HomeCultureArtWendell Dayton, the 80-Year-Old Sculptor L.A.’s Art World Is Buzzing About 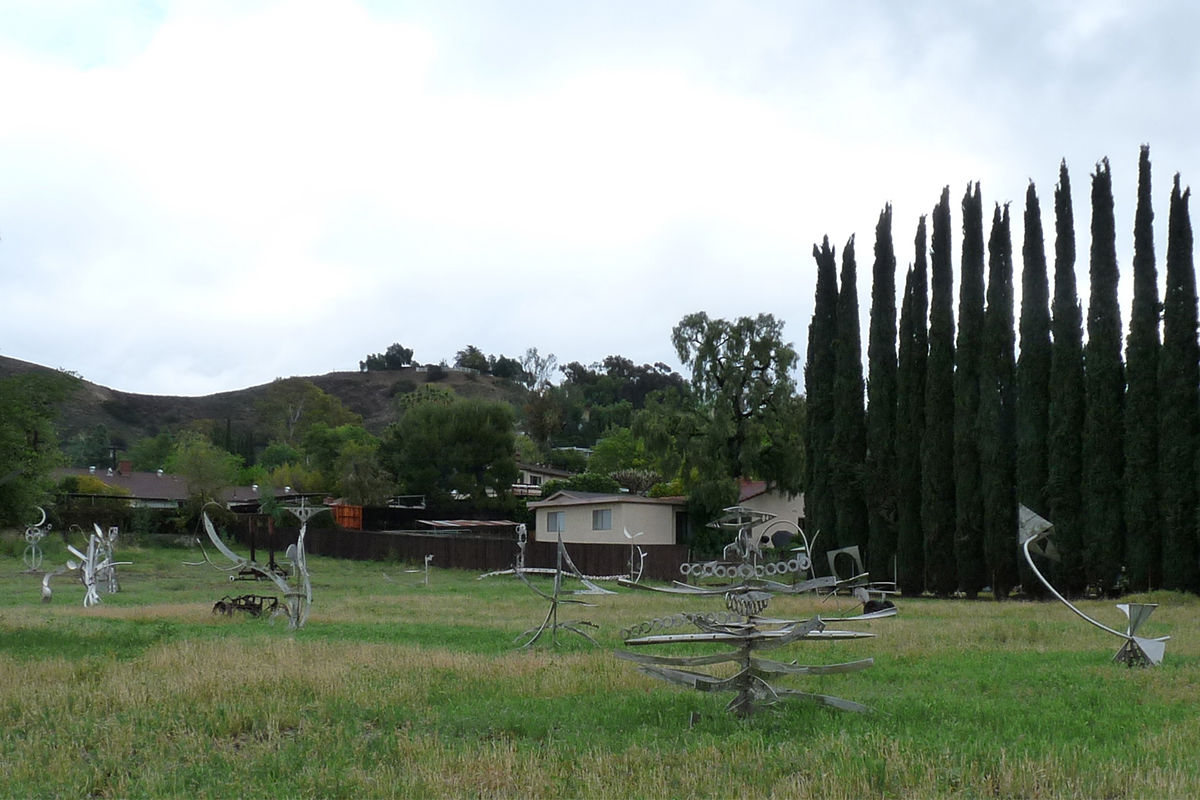 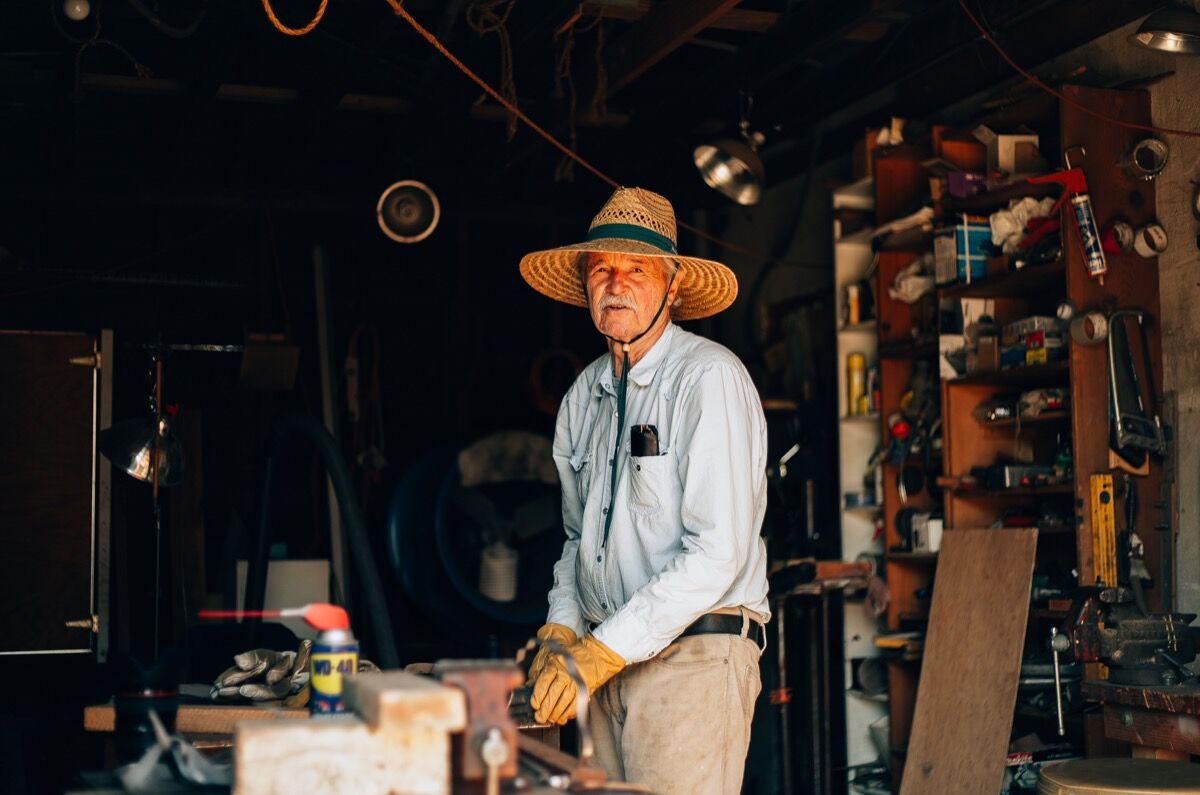 Wendell Dayton in the studio, age 79. Photo by Bryan David Hall. Courtesy of the artist.

In the Shadow Hills section of Sunland—a semi-rural Los Angeles municipality where yellow signs warn motorists to “share the road” with equestrians—there’s a dusty lot on the corner of Art Street. Here, one finds an outdoor sculpture garden that could more easily be confused for some perplexing (and perilous) roadside attraction than the plein air studio-showroom of L.A.’s next rising star: 80-year-old Wendell Dayton

“The neighbors love this stuff, and if they’re walking they’ll direct themselves toward my place,” says Dayton. He’s dressed in a faded blue button-up, slightly oversized khakis, and steel-toed work boots as he leads me around the two-acre property, which has served as the main exhibition space for his massive steel sculptures, many of which are mobile and made of found parts. Dayton finds materials everywhere: old industrial machinery, cars, buildings, a defunct salvage yard on De Soto Avenue and Washington Street, or simply a cabin cruiser that was being built on his field, beneath which he unearthed “partially worm-eaten” mahogany beams that he repurposed for sculptural bases. 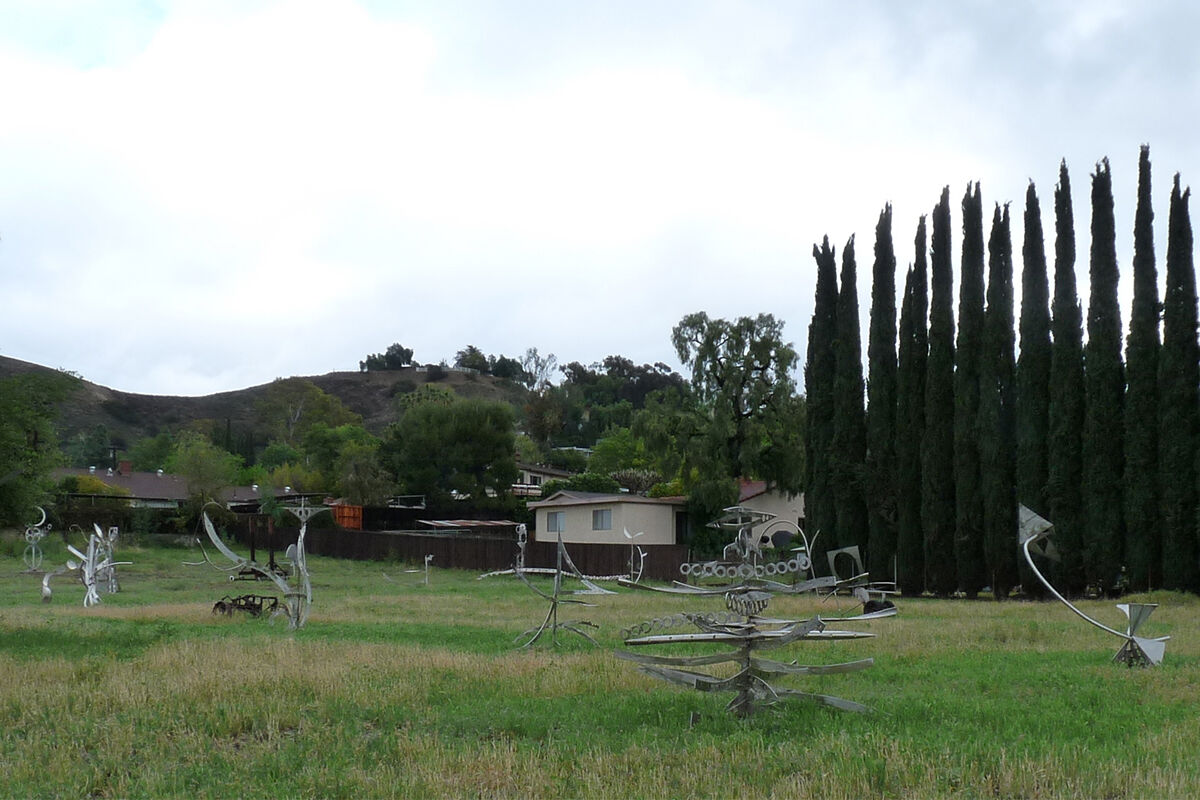 You wouldn’t know it from his aw-shucks Northeastern-meets-Midwestern accent, nor from his silver chimney sweep mustache or his rickety gait—but at 80 years old, Dayton is finally poised to become the latest in a long string of late-career reappraisals from the aging Angeleno set (think names like Luchita Hurtado, Robert Yarber, or Joe Goode). The Los Angeles County Museum of Art (LACMA) recently acquired his 1968 sculpture Crescent—a sheet metal moon and a triangle positioned at 90-degree angles, allowing viewers to see a number of geometric shapes that converge into a single line, depending on their perspective—and Blum & Poe will devote the entirety of its Culver City outpost (upstairs and downstairs galleries and its outdoor sculpture garden) to a six-decade Dayton retrospective, opening June 30th.
Though the L.A. art world might finally be getting hip to Dayton’s life’s work, the Sunland set still appears to be a few phases behind on the hype cycle. During my visit, a woman stops by with her son and calls the artist over to his chain-link fence. “Excuse me,” she says, “is this a petting zoo?”

“Petting zoo?” Dayton asks, confused, before directing the mother and child to a nearby horse farm. “At one time this was an orange grove,” he explains. “When I moved here, there were 12 orange trees left, but most of them got old and died.” 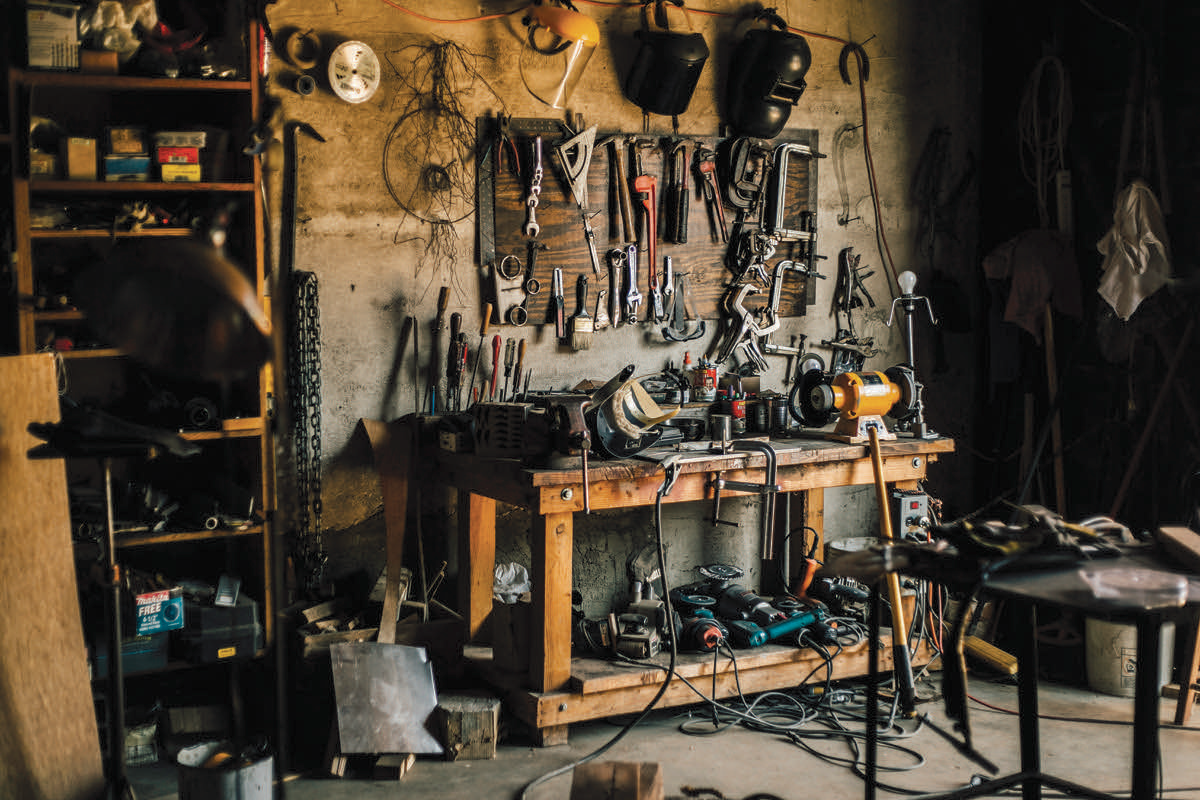 Dayton, however, is still standing. Most days, you’ll find him in his on-site metal shop wielding a plasma cutter, chain horse, gantry, or pipe bender with some begrudging help from his new assistant, Brooks. The artist introduces me to some of his favorite mixed-media pets, often with the refrain: “That’s in the show.” There’s The Pair (2016), a wonky weather-vane affair with a stainless steel sugar skull, which is suspended 20 feet in the air; Jenny (2009), a reclining female form hewn from an industrial kitchen counter, who is receiving her lover’s upcycled erection; a funky mobile called Turnstile (2011), featuring arms of pierced steel curves and ripped pipes that mimic the bent oil vessels of Beauty (2004), whose line was borrowed from a woodcut by

Kitagawa Utamaro; and X (1971), a jagged convergence of intersecting planes that represents the final work Dayton made during his days in New York.

“I suspect that [Dayton’s] work has remained under the radar in part because of the timing of his move from New York to Los Angeles in the 1970s,” says Jennifer King, associate curator of contemporary projects at LACMA, who visited Dayton’s studio last fall on the recommendation of LACMA director Michael Govan. “In New York, he was part of a cohort of downtown sculptors working with industrial materials such as sheet metal. When he moved to L.A., he continued working steadily in this vein. His work was less in dialogue with movements that were developing in Southern California at the time, such as experiments with light and space.” 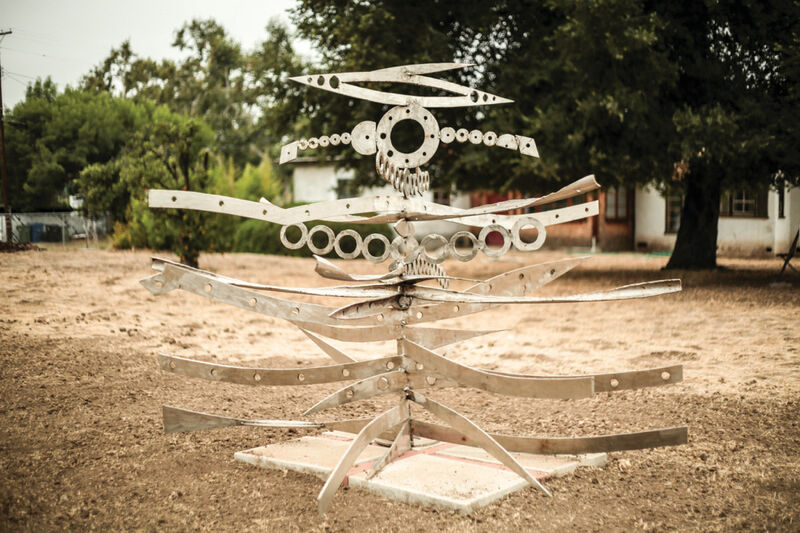 Though he had a “plexiglass moment” in the 1970s and was friendly with Ed Moses and Larry Bell, Dayton didn’t share the material or conceptual concerns of L.A.’s famed “Cool School” artists. He also didn’t maintain relationships with many galleries because the experience of submitting his portfolio literally triggered migraines.
“I had never heard of [Dayton] previously,” explains Tim Blum, co-founder of Blum & Poe. “I literally got a call from Michael [Ovitz] saying, ‘You have to go see this artist, you’ll be shocked.’ So I went to see the artist and I was shocked, and he showed me 50-plus years of work, both small-scale and large-scale, older and brand new. It was a revelation.” Blum quickly realized his gallery should “show the whole package” because it hadn’t been seen (or sold) in any real capacity beyond a few artist-run spaces over the years. “Since the whole project is quite impressive, it felt like there was no time to wait,” he says.
Waiting, as it were, has been the one constant of Dayton’s slowly-but-steadily plodding career. Born in Spokane, Washington, in 1938, Dayton earned his BFA at Indiana University before hitchhiking from Bloomington to Manhattan in 1960. Over the next 12 years, he lived in a series of lofts—on Bleecker, Bond, and Bowery—and shouldered up to the Park Place Group, a collective of large-scale sculptors (including Mark di Suvero and Robert Grosvenor, whose floors Dayton swept) known for holding openings at the cheap loft spaces they rented at 79 Park Place. 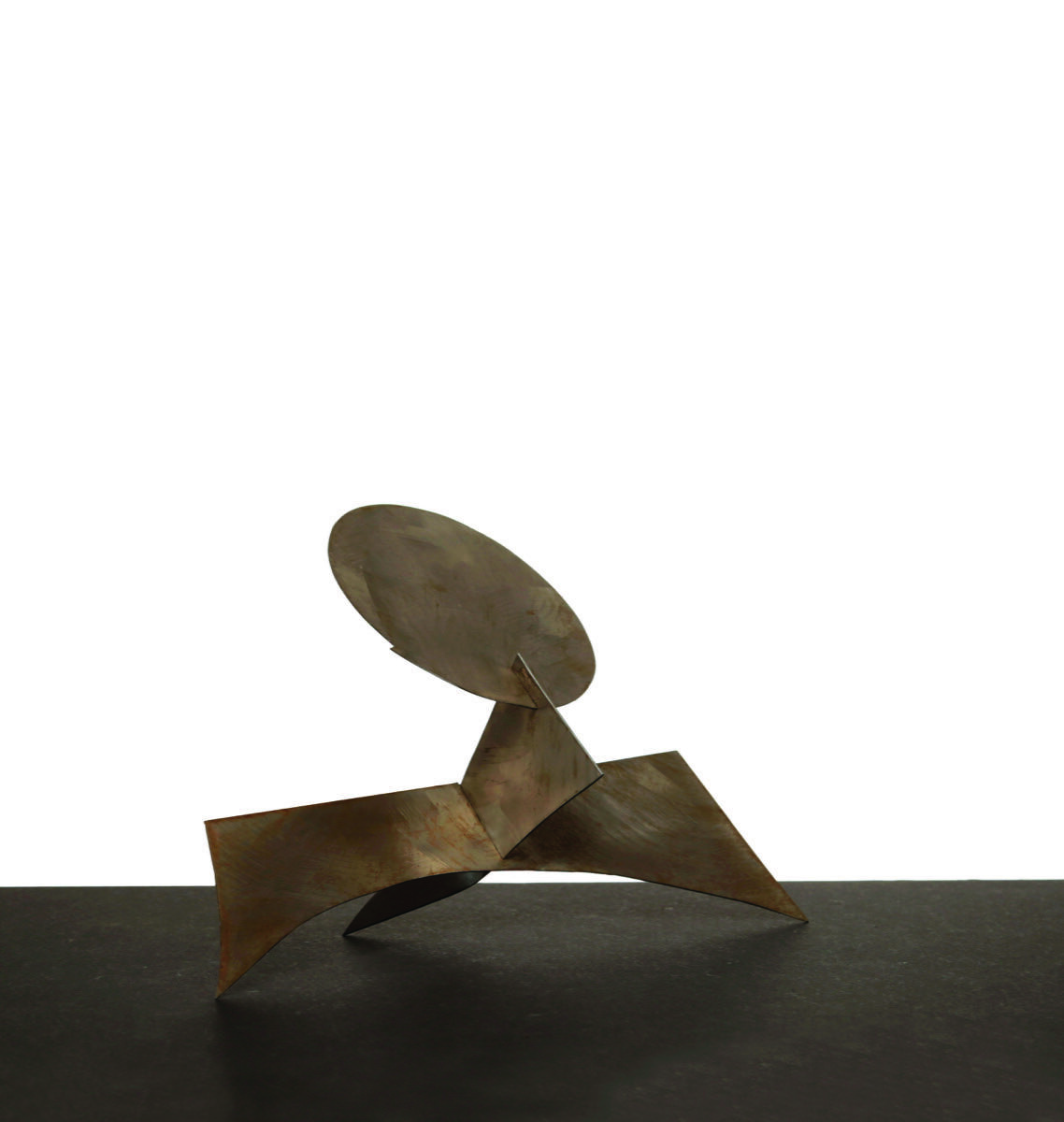 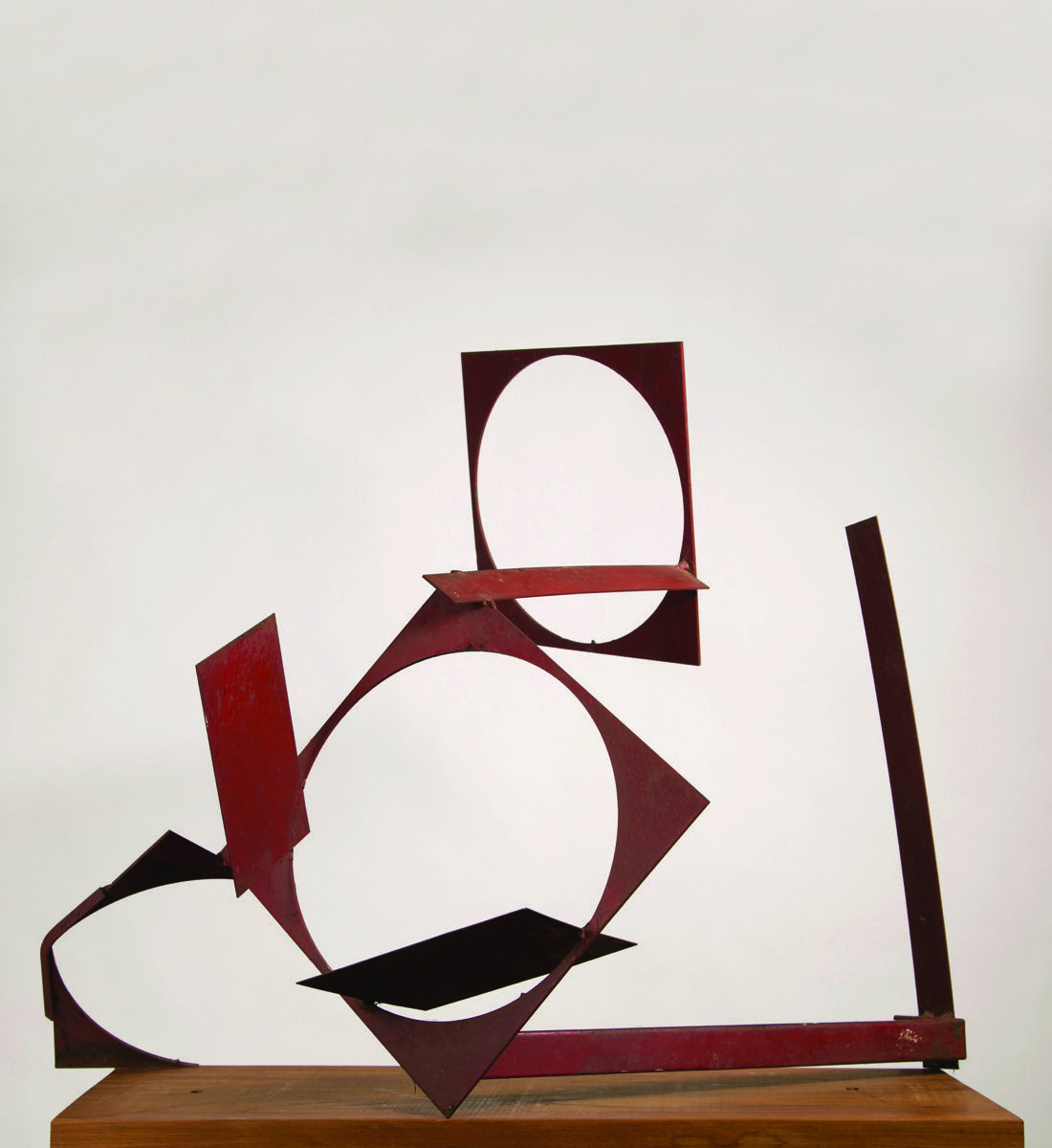 “I helped Bob [Grosvenor] set up these two sculptures in the bay off of Connecticut,” recalls Dayton, who initially worked as a security guard at the Whitney Museum of American Art. “It was great—I got to see a lot of art everyday, and the [Museum of Modern Art] was right next door.” One night, Dayton imbibed too many scotches while manning the bar during an opening and woke up on a couch in MoMA’s reception area. He even worked as a carpenter and painter at the museum while trying to make it as a figurative painter. Soon enough, though, he’d transition toward sculpture and found-object assemblage. 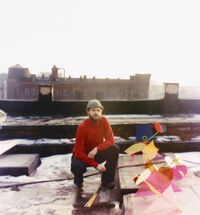 “My sketchbook was always filled with these weird ghosts from the past—these funny pictures of cats or guys hanging over fences,” recalls Dayton. “But I would do these rubbings, I would find a manhole cover and do a rubbing, so I said to myself: ‘You know, your most exciting stuff is this stuff you’re getting off the street.’ I would dig this stuff out of the loft district and pull it home with a hand truck. The first piece involved a tree trunk and had an old bed spring in it. I had a friend help me get it upstairs and mounted it on a cash register.”

He got the cash register—40 of them, to be exact, for a buck a piece—from his neighbor. After this first assemblage, Dayton “got in a groove” with some help from Uncle Sam. “I would arrange with my boss to collect unemployment 20 weeks a year so I could work and hang out at the Half Note and listen to Coltrane,” recalls Dayton. The resourceful sculptor also got by with “artist credits” at the lumberyard; siphoning electricity from his downstairs neighbor also helped keep bills down. “I was welding all I wanted to, I could do anything. I didn’t want to leave, but my wife wanted to, so I said, ‘Wait, I’ll go with you.’” 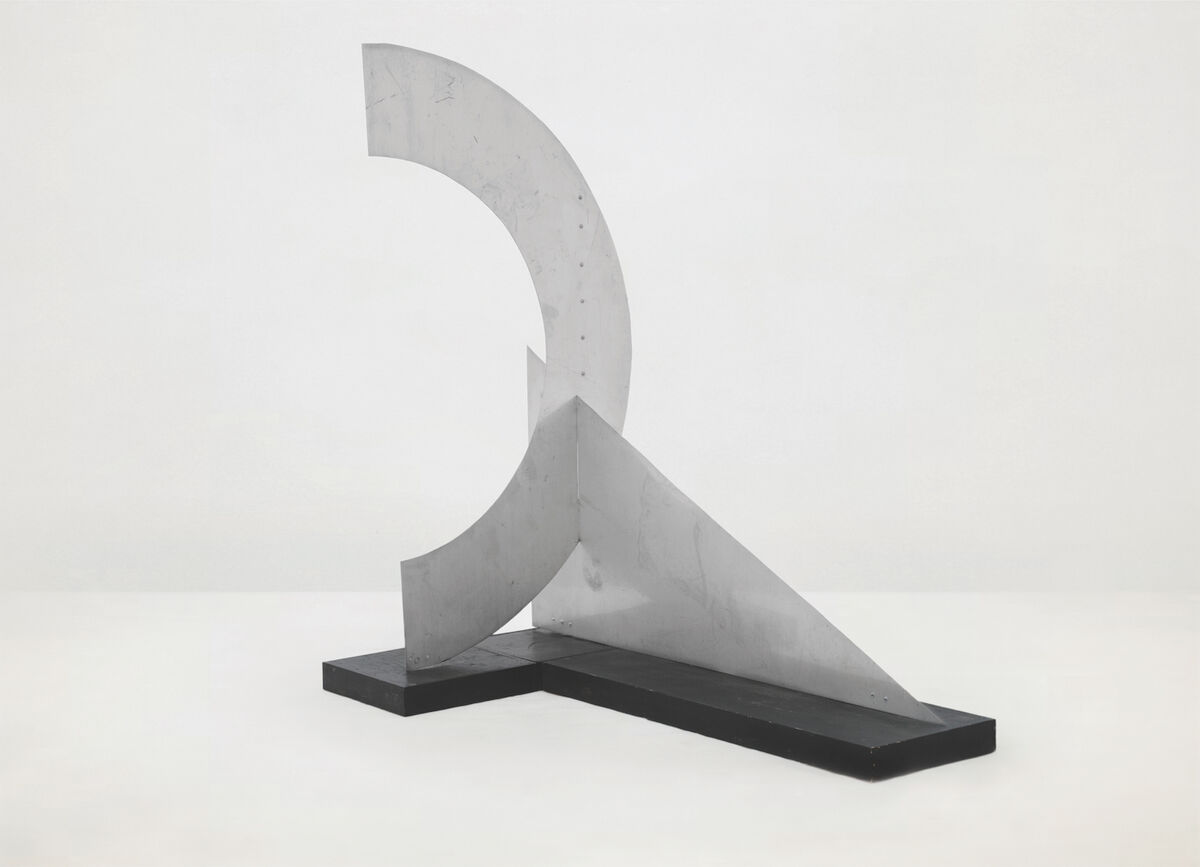 That was 1972, and Dayton spent the next quarter-century on the West Coast. He worked as a carpenter, showing quietly (and selling pieces from time to time) in artist-run spaces or out of his one-car garage in the Silver Lake neighborhood of Los Angeles.
After 45 years of supporting his art career by framing houses for others, Dayton was able to retire and focus on sculpture thanks to his son Sky, the founder of EarthLink (and Artsy board member). Though L.A. art history is full of rich parents kickstarting their children’s art careers, this was something of a role reversal: It was Dayton’s son who purchased the Sunland property for his father and footed the bill for his studio costs. Now, 20 years later, that investment is paying dividends.

Dayton’s work is literally enveloping every crevice of the property. There’s a drained diving pool on the side of the 1939 ranch house that was only used for “a few swims” before assuming its current purpose: a storage area for scraps that may one day yield a sculpture. At the moment, it contains three 10-foot-tall wind chime-like mobiles. As we walk inside, Dayton leads me through a living room-turned-gallery that is filled with discreet, painted sculptures of spliced machinery on top of plinths. (Some have been dedicated to

Jasper Johns, after Dayton saw the artist’s retrospective at the Broad earlier this year.) Nearly all of them will go to Blum & Poe, which also brought a number of older smaller works to Art Basel in June. 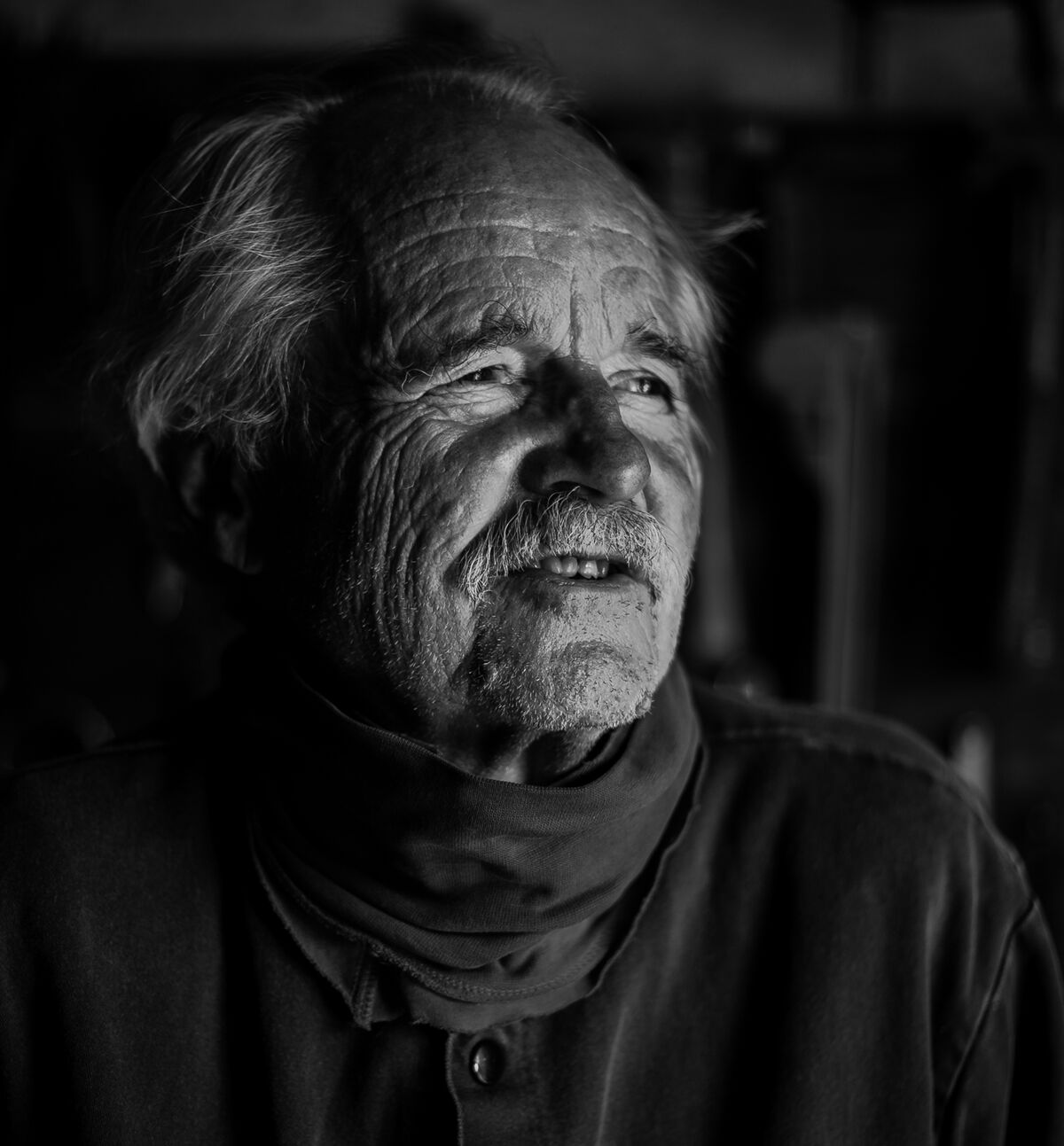 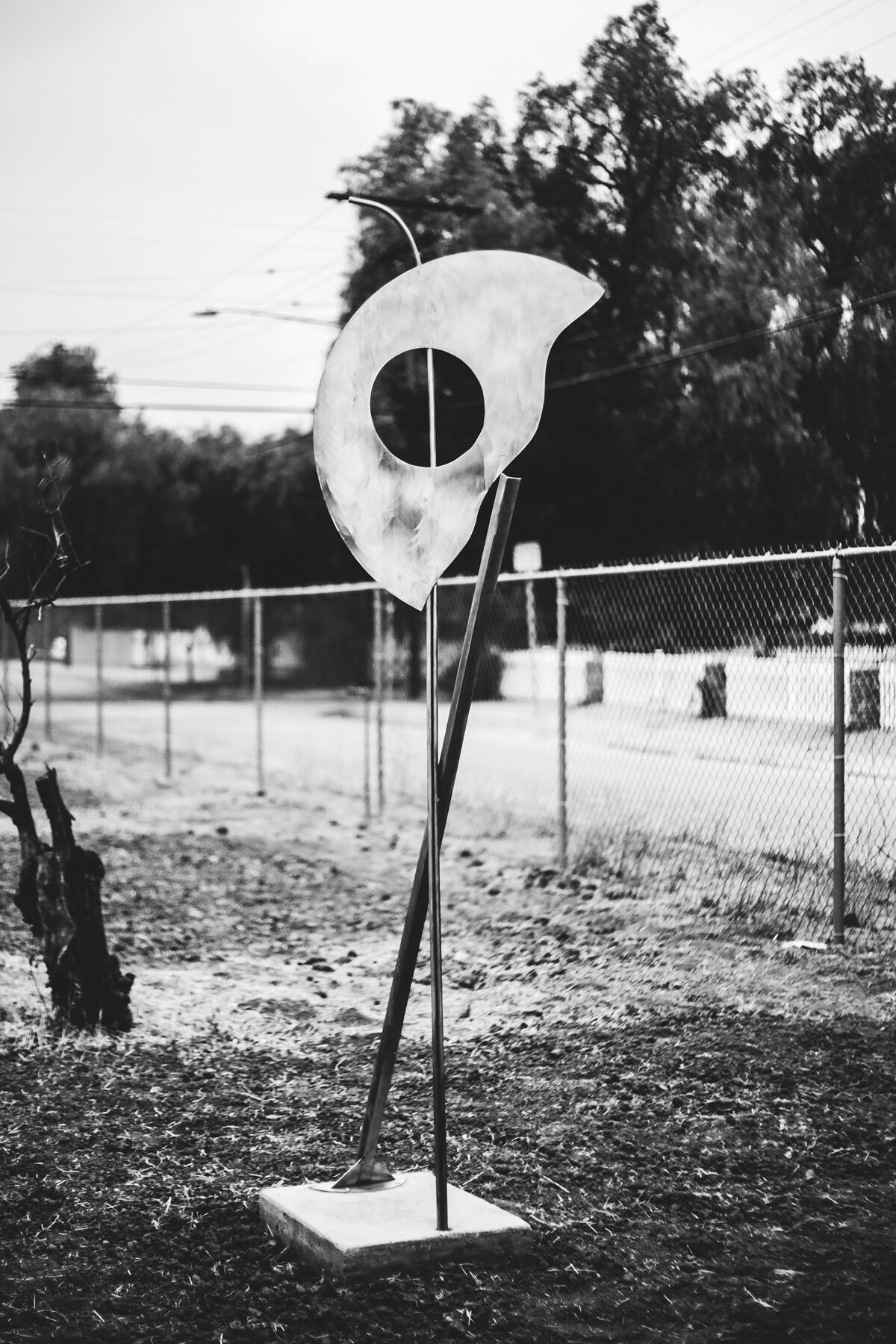 After a round of pastries, Dayton goes into an adjoining room and grabs his first-ever sculpture: a small, carved wooden figure—“possibly oak or walnut”—that he made in college, which resembles a pregnant mother, likely a riff on the Madonna and Child.

Though it’s one of the few works that won’t be included in the Blum & Poe show, it does speak to the takeaway Blum hopes visitors will have after getting a deep dive into Dayton’s oeuvre this summer: “That the spirit of an artist is conveyed simply through a daily practice of making work, irrespective of having a professional career. 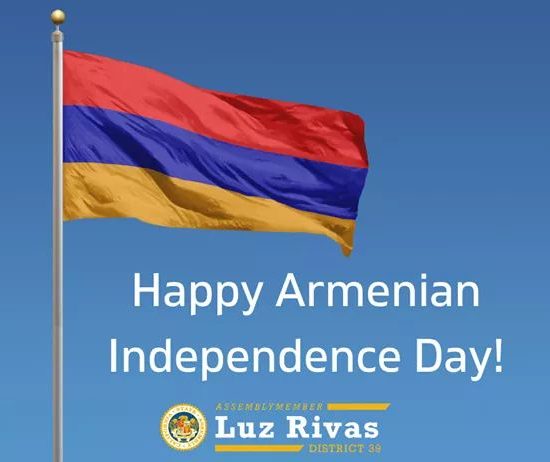 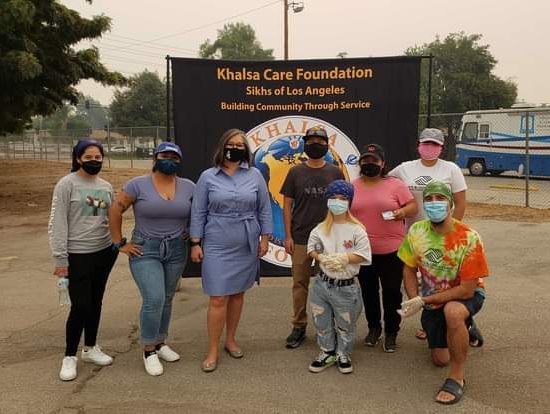 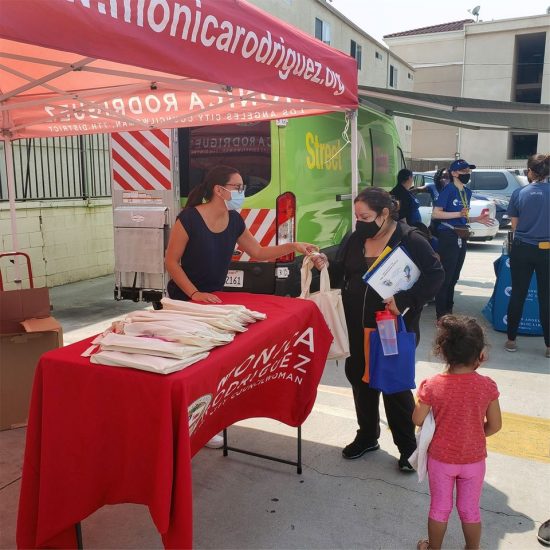 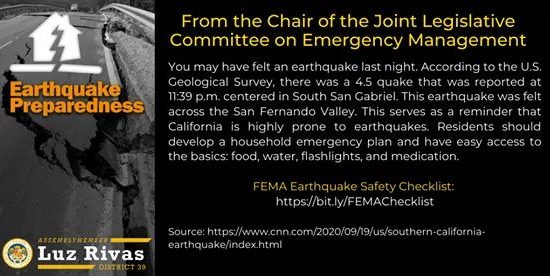